It's Thanksgiving, and we have a lot to be thankful for. We've completed another year in such a great city - not to mention 36 years in business! More importantly, we've met and helped so many wonderful new people that have moved into our city, or just needed a loc 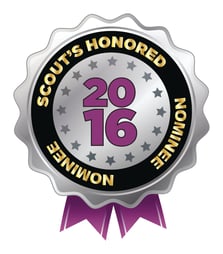 al guy to take care of them.

So, when people speak up about the great service they've received at our shop, it means the world to us!
And we're so humbled that it's happened again. Mike's was awarded the 2016 Scout's Honored Award for Best Auto Repair.

We were the first Scout's Honored winner in the Auto Repair category back in 2014. The category was briefly retired in 2015, but brought back for 2016. Winning it again, the first year it was brought back, felt great. It reminded us that people really appreciate what we do. And we're happy to say that we're going to keep doing it!

So, if you're looking for quality Somerville auto repair, just remember, we'd be honored to help you!

There's nothing better than starting off the new year, with great news. This year, we can once again claim to be winners of the Angie's List 2015 Super Service Award! That's 11 years running!

As most people know, the Super Service Award is the most prestigious of all the Boston auto repair awards 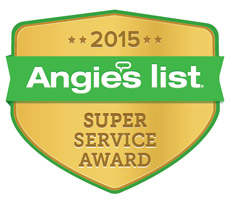 and the toughest to win. Angie's List subscribers hold service providers to the highest account. They seek an unparalleled level of service and let their fellow members know when and where they get it - and when and where they don't. To put it simply - it's the gold standard!

We were the first and only auto shop in the entire state of Massachusetts to win the Super Service Award back in 2005 - and we've won it every year since! That's not something we plan on changing any time soon!

We're happy to share the news about our big win with the Mike's faithful - and eager to let the rest of the community know that there's a local guy who comes highly recommended, whenever they need help!

Have you tried Mike's? Do you need another reason? Give us a try! We know your experience will be...just super! 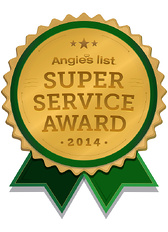 We're always humbled when our Somerville auto repair services are recognized with an award. We received another one this month that we're extremely proud of - The Scout's Honored Award from Scout Somerville.

What's the best part about receiving this award? We're the first! You see, auto repair is a new 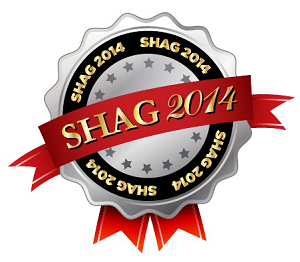 category and we're the first shop to receive the award. Now that's something to be proud of!

At Mike's, we love firsts. We were the first shop in the entire State of Massachusetts to receive the Angie's List Super Service Award, back in 2005 - and we've won it every year since! It's nine years later and we're just as excited to receive this award from Scout.

All the winners were gathered this week at the Somerville Theater for an awards ceremony. The house was packed with the area's finest from Somerville and Cambridge. A common thread of all the award winners: socially concious businesses. Every business that won an award doesn't just offer great products or servivces - they truly care about our community as well.

We hope that winning the Scout's Honored Award gives you one more reason to try Mike's. And we hope you check out all the other winners too!

Which Scout's Honored Award winner is your favorite? We'd love to know! 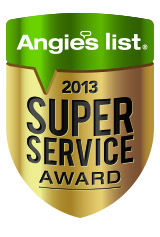 We've got some good news that we can't wait to share. Mike's has been awarded the 2011 Angie's List Super Service award! That's right, we did it again!

The Angie's List Super Service award is the holy grail of Boston auto repair awards. For those

of you who don't know, Angie's List is a subscription-based online community. Basically, serious reviews by real people who hold businesses to the highest standards.

We were the first automotive repair facility in Massachusetts to win the award back in 2005. And we have continued to win it every year ever since! That's seven years straight! Now that's something to be proud of. (Think Mike singing -  no wait, don't!)

Honestly, we are both proud and humbled. But it is truly great to be recognized for providing such great service to our customers. That's no easy feat in the new world of online review demagoguery.

To us, the award recognizes that Mike's mission hasn't changed from day one: provide honest, transparent auto repair to everyone. And always protect people from the big pricey dealerships.

We would like to thank everyone for their kind words on Angie's List. We'll keep doing what we do. And you can bet we're shooting for number eight. Bring on 2012!

We are so happy to kick-off the new year by sharing some fantastic news. And yes - it's that good! Our shop has been named an Angie's List Super Service award winner for 2010!

We are honored to receive such a prestigous award (picture Mike 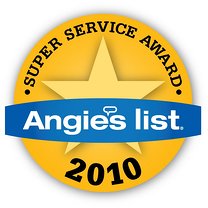 dancing - no, wait - don't!). In fact, this marks six years in a row that we've been named a Super Service award winner. We began in 2005 as the only car repair shop in the entire state of Massachusetts to receive the award - and we haven't stopped since!

It feels great to know that providing honest and transparent Boston auto repair continues to pay-off. Althought, we wouldn't have it any other way!

For those of you who aren't familiar with Angie's List, it is a subscripton-based online community, which specializes in providing quality reviews of local service providers.

We place a lot of stock in how we are reviewd on Angie's List. The community is comprised of serious people who provide honest reviews which are relied upon heavily by their fellow members.

At Mike's, we have pretty good reviews on most sites. But other sites can be tricky in that sometimes people who aren't serious reviewers decide to go on a rant for no good reason. With Angie's List, we always know we are getting a fair shake, no matter how the review turns out.

We hope you sign-up for Angie's List. You'll unlock some of the best-kept secrets in Boston - and you can give us a shout-out too!