This time of year, the roads can be treacherous! Well, we've found a great infographic that will answer all of your winter driving questions - and keep you safe on the road!

We think these tips will come in handy this season. And remember - if you've got more questions or are looking for Cambridge auto repair - we're always here to help! Just give us a call!

It's summertime in New England! And we all know what that means: People are sporting their rides around town. From local car shows to the usual parade along Revere Beach - summertime is all about cars. Looking to turn heads while driving your ride? We found this great infographic that shares pro detailing tips!

With these tips your ride is sure to look great! And remember, when you want your car to run as good as it looks, our Somerville and Cambridge auto repair shop is here to help!

Many people want to know what questions they shold be asking their auto repair shop. Well, our friends at the non-profit Car Care Council have put together a quick video about that very topic!

We agree that asking about the warranty is the most important question. And at Mike's, we offer an unmatched 2-year/24,000 mile nationwide warranty! That's something you won't find at the pricey dealerships or the big box stores. So, if you're looking for Somerville or Cambridge auto repair - remember, we've got you covered!

The Green Line Extension is creating some news in the communities it will serve - Somerville, Medford and Cambridge.

There is now word that the green and red lines could connect someday in Porter Square! 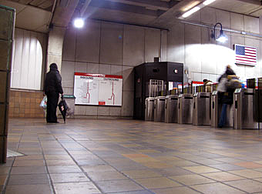 According to Katherine Fichter, project manager for the Green Line Extension, this is something that could happen in the far, far future.

Yes, I know - that statement doesn't sound extremely promising. But at least it's on the table!

Connecting the green and red lines is a fantastic idea!

It's time our elected officials acknowledge that the Greater Boston area is truly "greater" than just Boston!

Why should we have to go in and out of Boston to go from Union Square to Porter Square? That's insane! Just like the fact that our friends in East Cambridge have to go on a trek by bus just to get to Harvard Square. Insane!

Does Beacon Hill not realize that we have a little something to offer here in Somerville and Cambridge? Did they miss the memo that said the patrons of the Green Line Extension shouldn't have to ride into Park Street station just to grab the red line?

Just think - come get your Somerville auto repair here in Union and whiz down to Porter on the green line!

I understand that the current Green Line Extension must happen first. But after that - the connection to Porter Square is a must! Let's make sure it happens!

Things are also heating up in Medford. The State is balking at completing the Green Line Extension in one phase.

Yes, you guessed it - crying broke again! Supposedly, due to the "economic conditions" there isn't enough money to complete the Mystic Valley/Route 16 terminating stop by the December, 31, 2014 deadline - when the rest of the extension is legally mandated to be completed.

So they are now talking two phases - one for everything up to College Avenue in Medford - and another for the Mystic Valley stop.

But wait - not enough money? What happened to all that fabulous stimulus money? Nearly 1 trillion dollars of stimulus and no money for Mystic Valley?

We have bankrupted our country and can't event get a T stop?

It's time for Governor Patrick to utilize his Obama ties to make this happen! The people of Medford should not be considered second-rate!

If Washington has spent all of its newly-printed money then it's time for Beacon Hill to step-up and get the job done!

Somerville Auto Service - Here If You Can Find It!

Yes - despite the endless construction - we are still here! At Mike's we have been dealing with construction for what seems like forever.

We keep wondering - when will it end? I am sure that many of you have noticed that Somerville Ave. is a mess! I think I can get down Newbury Street quicker. 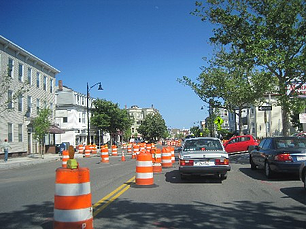 Every time I drive down that road I get stuck - just like this guy who was spotted by the Somerville Journal.

It's tough when this is all happening right in your own backyard.

Every day we hear stories from our customers about these traffic nightmares.

The construction started at Porter Square and has a destination of - you guess it - Union Square! Talk about a big project, huh?

With all of this going on, Union Square is already a bit chaotic at times (I'm sure it will only get worse as they get closer).

But in the end, we will have a brand new square - one that will signify the future of Somerville!

This project is really going to put Union Square on the map. Coupled with the Green Line extension - Union Square is going to be the urban center of choice.

Watch out Davis Square - there's a new kid on the block! And he's going to be bigger and better!

Honestly, the situation is driving us crazy (no pun intended), but the payoff is going to be worth it!

Things are about to change in Union Square....