In case you haven't heard - tonight is Groundwork Somerville's  Greening the City Gala. If you follow us, then you know we're not just about Somerville car repair, and you've read about Groundwork and how much we support them. Well, tonight is your chance to support them too!

Avenue. You can still buy tickets at the door (until they run out - which shouldn't take long). In fact, they're only $40.00!

And what do you get for your hearty investment? Firstly - a rockin' time! We're talking live music from the Go-Flo Casuals, the Soulful Souls, and the Tony the Bookie Orchestra! Combine that with delicious organic wine and some of Boston's best beer, courtesy of Pretty Things and Cambridge Brewing Company. Do you still have to think about it?

For those that another reason besides a party, you can feel good that your hard-earned money is supporting a local organization that is truly making a difference in our community. It's not too often that you get to have a rockin' time and feel like you're giving back. Now that's a good night's sleep!

So, what are you waiting for? Call your friends and make it a plan! Then come find us tonight at the Armory - we can all toast to Groundwork!

Winter can be boring. What's a city dweller to do? Our friends at the Somerville Journal wrote a blog post yesterday about urban skiing coming to Somerville. What is urban skiing? It's basically where skiing meets skateboarding. No, I'm not kidding. You strap-on some skis, find a hill, and the city landscape becomes your terrain park.

The crew from Stept Productions made the trek from Colorado to the 'Villle to hit the some rails over by the high school.

We Somerville car repair guys find Stept to be thoroughly entertaining - but a bit on the crazy side. In fact, one of the Stept mad men - Tom Warnick - broke his tibia while tearing it up somewhere around the Hub.

We'll let you know when Stept releases the footage that was taken around Somerville. Until then, check-out their video from last year's Boston-area excursion. And oh yeah - don't try this at home!

Did you see the Stept crew around town? Drop us a comment and give us the scoop!

What a Year for Somerville Auto Repair

If you've been following us then you know that 2010 was a great year for Mike's - we celebrated our 30th anniversary! We found a couple ways to celebrate our big day and had a lot of fun in the process. 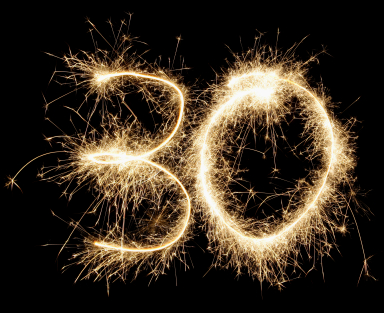 everyone in the Greater Boston area. What better way to do that than our very first Groupon! People from all sides of Boston purchased oil changes for as low as $10! Now, that's what I call a value! The Groupon was tremendously successful and we've had the privilege to meet hundreds (and counting) of new people and welcome them into the Mike's family.

Next, we made a commitment to sustainability. It's not what you would expect from an auto shop, but we took an environmental pledge. And we laid our Boston sustainable auto repair initiatives online, for all to see.

We didn't stop at our in-house sustainability initiatives - we took our cause straight to the community, and introduced our Boston green oil change. We're the only shop around to offer a more eco-friendly oil change - and we do it for only $4 more than our conventional oil change. We didn't just celebrate our anniversary - we started a local green revolution!

So, 2010 was one for the record books. It was amazing how great it felt to give back to our community. But don't worry - 2011 is going to be a blast too! Community and sustatinability will continue to be at the center of all we do here at Mike's.

Looks like this party isn't stopping any time soon...stay tuned!

Our Mayor, Joe Curtatone was out in full force recently as he spoke to a very important group: those in their twenties and thirties.

Mayor Joe's task wasn't an easy one - trying to convince those aged 21-35 to stay in Somerville.

Curtatone wasted no time acknowledging the white elephant in the room - the cost of living in Massachusetts. He poignantly noted that many young residents are fleeing the state.

This is a problem that we have been dealing with for quite some time - especially here in the city.

Our young people are leaving in droves! It used to just be for the warmer weather. Now it is also for the wealth of opportunity that exists in the South and West. 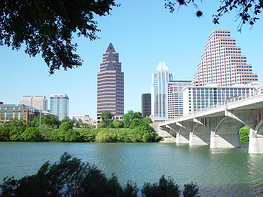 head down to North Carolina where a job in the Research Triangle and a house half the price awaits. Maybe go a little more west and snag a great tech job in Austin, Texas.

But that's where Mayor Curtatone really shined. He didn't just talk about where Somerville is now - he talked about where it's going!

Somerville is a city on the move!

What's more, Somerville is a city rich in character. An historic community with a diverse population. Fabulous restaurants and shopping. An urban oasis at the gates of Boston.

Good luck finding that in the Research Triangle! Not happening!

The antiseptic feel of those other communities will leave you wishing you were right back here eating your BBQ at Redbones.

So, the next time you stop by for your Somerville auto repair, look around and remember something - this place isn't so bad after all!

Keep up the fight, Mayor Joe!